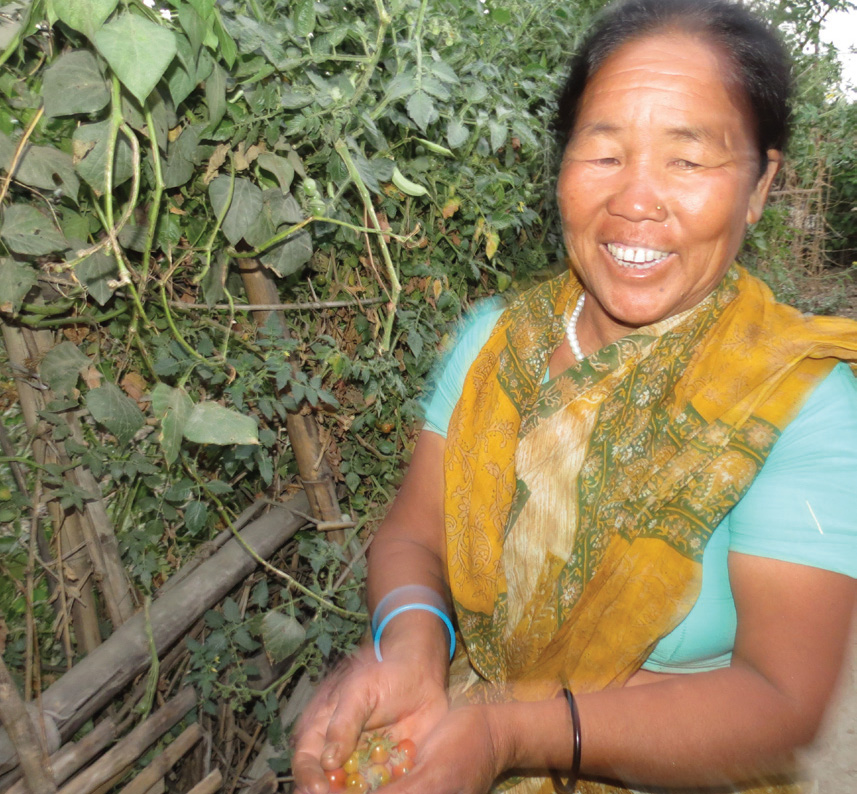 Posted at 19:24h in Stories by Samari Utthan

Adding more trouble, her husband expired before five years. But luckily Samari approached her village nearly at the same time with the programmes to support them. With this a new door was opened to her life, changing her past hardships into a telltale.

Sarimaya Magar, a resident of Darbesha-9, Morang finds it hard to believe her own story before five years. She had neither a home nor a reliable occupation. Having no property of their own, her family used to live in a hut built on other’s land. Her husband was a carpenter but rarely found any work. He used to get works only a few times a year. Her labor wage was not enough to raise three children.

“We used to get 60 rupees or 1.15 kg rice as wage on working for eight hours. Expenses used to exceed income,” said Sarimaya going down the memory lane, “We would go crazy when our children fell sick.”

Five years ago when Samari approached her village, her husband was no more. Her hardships started coming to an end. When the Samari facilitators intervened, she found support. When they learned about her family status, the institution gave her daughter an opportunity to work as a community facilitator.

Her locality under her leadership formed a socio-economic development group called Laligurans Women Group. They started getting trained on vegetable farming, livestock and kitchen garden management. With 50 kgs of ginger she received from Samari, she started ginger farming. That helped her earn 4,000 bucks. She borrowed some money and bought three piglets worth 7,500 rupees. That made her more confident.

Later she started her own wood sawmill with a loan of three lakhs rupees. Now her son runs it. Her daughter-in-law, Sarita, runs a tailoring and training center at her own home after being trained with Samari. Sarimaya is content to have an empowered family. She looks after the kitchen garden.

Her small house lies in a small piece of her 13 dhurs (0.0546 acres) land. The courtyard of the house serves as a kitchen garden. Vegetables she grows are do not just fulfill the family needs but also earn her some money.

Local biweekly hatiya held every Monday and Friday at Ranjani Bazar of her village is the place where she sells. It is the same bazar that she brought vegetables from at times when she had not started her own business.